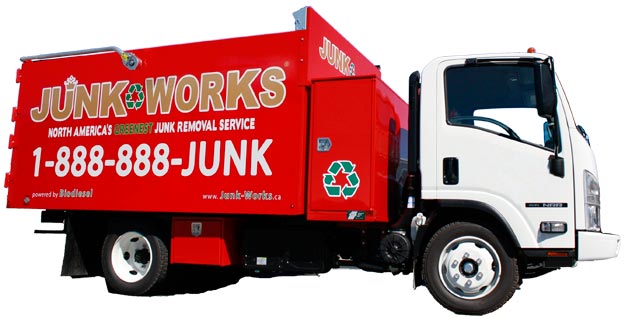 Unbeknownst to many, e-waste (electronic waste) is the quickest growing waste stream in the world, in addition to being the biggest. As such, many governing bodies from around the world have prioritized the proper disposal of e-waste products, which include the proper disposal of unwanted cell phones, computers, tablets, printers, scanners, fax machines, and other electronic items.

Unfortunately, many countries do not practice the proper procedures to dispose of e-waste, which can have catastrophic ramifications on both the environment and the wellbeing of their citizens. Here, we will discuss five things that you probably didn’t know about electronic waste disposal and how you can do your part to help reduce e-waste pollution.

Many of the electronic devices that are sold to consumers today contain very harmful chemicals or substances that can cause serious illnesses. For instance, many electronic products manufactured today contain cadmium, lead, arsenic, and/or mercury, which can prove fatal if ingested. In fact, many of the older CRT screens that were sold to consumers in the 1990s and 2000s contained several kilograms of malevolent lead.

Many people will not directly ingest such harmful toxins. However, when e-waste is improperly disposed of, it will end up in landfills where the toxins will inevitably leech into the air, soil, and even nearby water sources. As such, not only will the environment be adversely impacted by the toxic leakage, but marine life, agriculture, wildlife, and humans will also be harmed by these toxins, either directly or indirectly.

In fact, numerous studies have found that even being exposed to small amounts of some of the aforementioned e-waste toxins can significantly increase the risk of developing lung disorders, heart disease, behavioural disorders in children, and various forms of cancer.

E-Waste is Spreading at an Accelerated Rate

According to the latest scientific estimates, over 55 million tons of e-waste is generated annually. Even worse is the fact that e-waste products are currently being sent to landfills at a rate that is roughly three times that of general waste products. For instance, a study conducted in 2013 found that nearly 90% of all televisions and computers that were bought by consumers would end up in a landfill. That’s over seven million e-waste products that would end up in landfills in Australia alone.

In the United States the numbers were even more alarming, as an estimated three million tons of e-waste was generated in the U.S. in 2013. Due to the sheer quantity of e-waste that is being generated every year, the number of usable dumping sites for e-waste products continue to dwindle annually, causing a serious problem that world governments need to rectify as soon as possible before it’s too late.

Many Developed Countries are Illegally Disposing of E-Waste

However, due to the sheer volume of e-waste that is exported annually, it is virtually guaranteed that a large amount of non-functioning and illegal e-waste products are slipping under the radar. Moreover, not only is the environment being negatively impacted by the illegal disposal of e-waste, but many of the people who work on it become ill. This is because the e-waste products, once received by the importing country, are stripped of any valuable components, such as metals, by workers who are forced to work in inefficient and dangerous conditions.

Given the fact that many illegal e-waste importers have zero concern for workplace safety, many workers become gravely ill from the dangerous toxins, such as mercury, lead, and arsenic.

Much of the e-waste that is generated in modern times contain valuable silver, steel, aluminum, gold, and copper, which can be recovered and recycled if they are processed using the proper techniques and technologies. Unfortunately, the improper disposal of e-waste leads to many of these valuable minerals and elements to simply sit in landfills in perpetuity. As such, companies are forced to increase their mining and processing efforts in order to extract more natural resources in order to produce new electronic products.

However, if companies learn how to reduce the amount of e-waste products being generated, as well as how to properly dispose and recycle their e-waste, then the strain placed on the world’s finite natural resource pool will be alleviated, while consumers will still be able to enjoy the latest electronic gadgets on the market.

Many of the electronics being manufactured today have a built-in obsolescence, with the average lifespan of a typical electronic product being only two years. In other words, companies actually encourage their customers to replace their products every few years, even if they are perfectly functional, in order to maximize their profits. Unfortunately, many consumers have bought into this throw-away culture, whereby people feel inadequate or left out if they are not owners of the “latest and greatest” technology.

Arguably the biggest issue with having this mentality is that millions of tons of electronics are thrown out every year by consumers, when many of those products are still fully functional or simply need a minor repair to work again.